Minister of Public Administration vistis the capital of Peipus

On December 21st 2016, Mihhail Korb – Minister of Public Administration of the Republic of Estonia is visiting Mustvee, where he is going to take part in  a festive meeting of the five local authorities, which intend to join into one entity, in the culture centre of Mustvee- the capital of Peipus.
On December 21st 2016, a big rural municipality is going to be formed including Mustvee, Saare, Avinurme, Kasepää, Lohusuu and some of the villages in Torma municipality as a result of which a municipality with approximately 6000 inhabitants will be formed, and the centre of which is going to be in Mustvee. The final decisions concerning the merger of the municipalities will be made and the merger contracts will be signed in Mustvee Culture Centre. According to the Administration Reform Act, the merger contract will be delivered to the County Governor of Jõgeva County.
"It is a big honour that Minister Korb - a member of the Government of the Estonian Republic is visiting our region at such a historical moment. Hopefully, the authority of the big municipality elected by people will be able to manage the local authority in the future and all problems will be solved in cooperation," said Max Kaur – Mayor of Mustvee.
The national administration reform in Peipus region is soon accomplished and a lot of work and negotiations between the local authorities carried out during 2016 are completed. All the inhabitants of the big rural municipality could become familiar with the merger contract on the home page of the town and on the paper carrier printed out in the offices of the local authority. In addition an informative leaflet about the merger, giving an overview of the merger contract, was sent to the each mail box. November 20 - 21, 2016, there was an opinion poll carried out in all local authorities asking people’s opinion in regard to two questions: do you agree to the merger and about the name of the new big rural municipality.
Next year, on October 15th, 2017 – the historical moment is due, when the people of Mustvee, Saare, Avinurme, Lohusuu, Kasepää can elect 21 representatives into the council of the big rural municipality.
Автор: Max Kaur на 07:51 Комментариев нет: 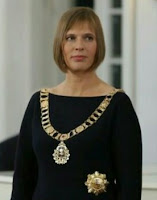 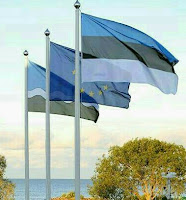 On june 30, 2016 THE mayor of  Mustvee Max Kaur along with other heads of Jõgevamaa self - governments has MET THE MEP Urmas Paet.  Topics such as the future of the EU, refugees and presidential elections were discussed. Governor of  Jõgeva Viktor Svatõsev also participated at the meeting.
“Vast  events are taking place both in Europe and Estonia. The United Kingdom decided to “Brexit”, while we are preparing for the presidential elections. It is clear that the nations of the European Union are sending a strong signal to the European elite. People want the European Union to continue as a union for independent countries and not as a federation. Mustvee, the last bordertown of the European Union on the shores of Estonia’s eastern sea, will gladly participate in discussions where the next steps in protecting Estonia’s interests are debated.” Max Kaur noted.
Автор: Max Kaur на 03:33 Комментариев нет:

The newspaper Äripäev names Max Kaur among the top managers 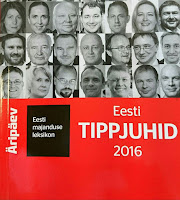 The newspaper Äripäev once again compiled the Estonian economic lexicon "The Estonian TOP MANAGERS 2016". I was included in the list. As a mayor of Peipus capital, of course, I am glad about the recognition. Mustvee is not a big town, but with its 500-year history, this is a good place in Estonia, unique for its bilingual population, featuring three cultures and five churches. The Estonian-Russian Border treaty as well as normalization of the economic relations with the eastern neighbor will sooner or later bring to Mustvee a passenger port terminal or customs and border control station, and give anew impact for improvement of the economic results in the town, region, Estonia and the European Union as a whole. This is all necessary in difficult times. During the administrative reform, Mustvee top managers have acted efficiently, in any circumstance the purpose is to improve the living standards of the population. Let’s act intelligently and make our lives better.
Автор: Max Kaur на 01:01 Комментариев нет: 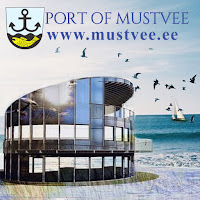 The NATO headquarters – from Brussels to London

Belgium has struggled with ceaseless shooting in the centre of Brussels for many years. The Belgian police have clearly demonstrated their complete inability to end with Islamists of Arabic descent, who live in the very heart of Brussels. It implies that the time to act has come. Such activity directly concerns Estonia. Estonia is a member of the European Union and NATO. The capital of the European Union is Brussels, and the NATO headquarters locate in Brussels. There is no time to waste anymore. I suggest that all European Union establishments should be relocated from Brussels to Strasbourg. The NATO headquarters should move from Brussels to London.By the way, the Belgian police cannot cope with Islamists of Arabic descent as the relations and friends of those Islamists work in the police. They inform their contacts about all police plots. This is not the news for Brussels residents. They have been laughing at the police helplessness long since. The police have also adopted multicultural ideas and, in proper sense of the word, shoot themselves in the foot. Thus, today we speak about hundreds victims of such policy. I sincerely feel for Brussels victims and the municipal administration of the city of Brussels.The time has come to be reasonable and realistic. A belief that people can be re-educated is typical of communists. They used to believe that people can be brought from the slave-owning system directly into the socialism. Such idea has failed miserably. The Arabic countries have been behind Europe in their cultural and social development, they are based on sinister blindness and hatred, where human life has no value. Their inhabitants bring their habits, lifestyle, mania to kill into Europe. Have a look at Palestinians who target old people, women and children in Israel. We can only oppose that by using force. The Europeans should resolutely range themselves on the side of law and order.
Автор: Max Kaur на 03:35 Комментариев нет:

The town of Mustvee invited neighbouring counties to unite 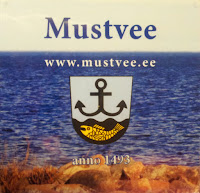 December 29, 2015, Mustvee, the capital city of Peipsi, appealed to neighbouring municipalities with a proposal to unite as the part of the State administrative reform.
In their letter to the authorities of the municipalities of Kasepää, Saare, Torma, Lohusuu and Avinurme, Riina Pajula, Chairman of the Mustvee City Council, and Max Kaur, Mayor of Mustvee, made the proposal to merge the counties, considering Mustvee as historically formed and state-recognised centre of major attraction. For this purpose, it would be wise to start relevant negotiations between municipalities in 2016.
"As a historically formed centre of attraction in the region, Mustvee is aware of its responsibility for the common future of the region, because the primary task of its self-government is the quality of services for the local population in the field of social assistance, health care, education, child care, culture, logistics and employment. We must demonstrate initiative on our part, in order to support public administrative reform" said Max Kaur, Mayor of Mustvee.
According to the draft of the administrative reform, the last opportunity to begin negotiations on uniting shall expire on October 1, 2016. The government of the Republic of Estonia intends to make the proposal to unite to those municipalities that wouldn't be able to meet the criteria regarding a minimum number of inhabitants - 5000 people - by January 1, 2017. Municipalities united both voluntarily and by resolutions of the government will come into effect along with the elections of local self-governments in October of 2017.
Автор: Max Kaur на 02:59 Комментариев нет: